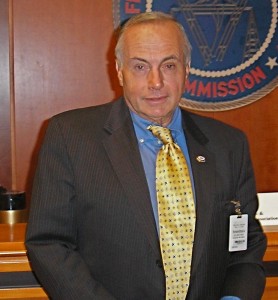 Richard Rudman retired from KFWB Radio in Los Angeles (Infinity/CBS) as that station’s Director of Engineering in June, 2002. At KFWB, he was responsible for all studio and transmitter technical matters, including the design and construction in 1976 and 1977 of the first “All News” radio studios designed expressly for that format.

He has owned and operated his own company, Remote Possibilities, since 2002 that performs turn-key radio brodcast studio and transmitter installation, contruction, maintenance, operations, measurements, technical management due diligence, and technical services related to all phases of radio broadcasting. He also consults on emergency public information including the Emergency Alert System (EAS), emergency preparedness for communications facilities and broadcast spectrum issues.

His clients include Point Enterprises that operates a number of radio stations in Southern California, KUSC Radio, Ventura County, KDB Radio in Santa Barbara, and Peter Greenberg Worldwide that originates its weekly syndicated radio travel show from almost any place on Earth.

Richard has received recognition from the FCC, FEMA, Society of Broadcast Engineers (SBE), the Los Angeles County Board of Supervisors, the Los Angeles City Council, the California Emergency Services Association, and the Emergency Preparedness Commission for the County and Cities of Los Angeles for his contributions to improving emergency public information. He was elected National President of the SBE in 1985 and elected as a Fellow of the SBE in 1987. In November, 2002, he received a lifetime achievement award from the SBE for his contributions to emergency public information, EBS and EAS, and for his contributions to broadcast auxiliary spectrum coordination. He served as the Chair of the SBE Government Relations Committee in 2008. He still serves on the SBE’s EAS Committee.

He served as the founding Chairman for the Southern California Frequency Coordinating Committee, Inc. (SCFCC). The SCFCC, Inc. was founded in 1976. The SCFCC became the prototype for the FCC Part 74 coordination effort and led to the SBE’s national involvement in Part 74 coordination and FCC Part 74 filings. He has remained on the SCFCC Board of Directors since its inception and is again serving as its Chairman.

He was appointed to the President’s National Industry Advisory Council (NIAC) for the Emergency Broadcast System in 1992 during the Bush administration that became the EBSAC, the EBS Advisory Committee. He was asked to serve as the First vice Chair for the FCC’s National Advisory Committee for the Emergency Alert System (EAS) from 1998 to 2000 and served as its Chair from 2000 to 2002. He still serves as Vice Chair of the EAS committee for the State of California (SECC) and as an advisor to the Los Angeles County EAS Local Emergency Communications Committee (LECC). He was one of the 17 founding trustees for the Partnership for Public Warning that formed in November, 2001. The Partnership’s goal was to identify and work with stakeholders to create a national warning strategy. PPW was disbanded in 2004 after submitting several reports on warnings and EAS to the Department of Homeland Security, FEMA, The National Weather Service and the FCC. He is currently serving as a member of FEMA’s EAS Pratictioner Working Group (PWG).

Back to the main page

One thought on “Richard A. Rudman Owner/Principal, Remote Possibilities”